Play-to-Earn in City Tycoon Games, and Earn your Heroes

Play-to-earn games make use of blockchain technology and give players the opportunity to generate crypto rewards for their skill and effort. Through rewarding participants with digital cash or non-fungible tokens, play-to-earn games are becoming mainstream.

City Tycoon Games is a simulation game based on Monopoly’s gameplay with social and collecting elements. Players can upgrade their buildings, expand the number of plots, collect and train heroes and participate in various ranked matches. Players can also earn token rewards through daily activities, limited-time activities and trading markets, Monopoly play, or by stealing and plundering others’ resources. The rewards include a small number of tokens. In the game industry, developers can be manipulative by the arbitrary issuance of resources for considerable short-term revenue at the expense of users’ assets.

Being a fully on-chain game, City Tycoon offers a platform for the process of generating all heroes, props, tokens, etc., and can be transparently traced back. Ownership of items is impossible to be tampered with or cheated, thus enabling all in-game items to be real assets with real value. The game offers hundreds of heroes and props. Heroes can be purchased by spending special resources obtained in the game or directly using rechargeable currency. Each hero has different attributes, such as a bonus for walking through the grid or looting others’ resources. Heroes are divided into 1 to 5 stars according to their quality, and props are divided into four types: normal, excellent, rare, and epic based on their rarity. 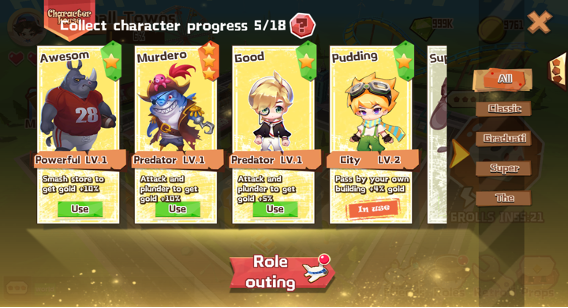 In the game, players may roll dice to randomize the number of steps they move on the board. As they do so they receive various rewards. These can be used to upgrade buildings, change their appearance, expand the number of plots and lots more. Random events will be triggered throughout the game, such as randomly matching other players in PVP, going to other people’s homes to loot or steal resources, and participating in various PVP-ranked matches to earn token rewards. In PVP events, the system will randomly match other players and send their heroes to plunder or steal resources from other players’ cities. In Boardwalk, players can choose their hero to roll dice on the board to randomize the number of steps they take, gaining resources with each move. Buildings in the city can be upgraded with resources, and new buildings can be built with resources. Each building has different roles, such as warehouses and defense towers. Buildings can be upgraded when they reach a certain level. 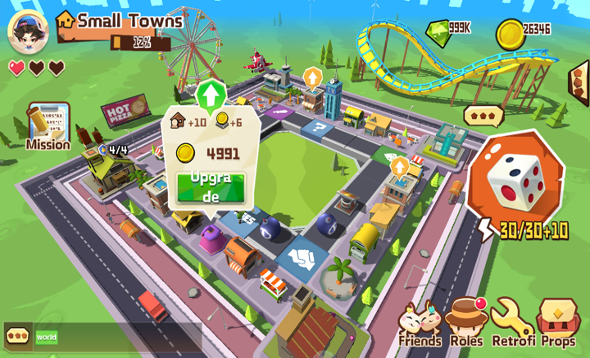 What makes City Tycoon stand out is the Monopoly-style gameplay, which makes the game process full of random fun. Players can never guess what the next roll will be. Also, a wide range of social interaction gameplay allows players to meet others in the process of playing the game. Most importantly, the game is equipped with a powerful trading market function, so that players can earn more income while playing games.

According to the roadmap, at the end of 2022, the first batch of Heroes NFT will be for sale, new PVP gameplay will be developed, and the game beta version will be launched. In the coming year, the second batch of Heroes NFT, new heroes and props will come to the market, along with the launch of the game’s closed beta version. Later, new buildings and cities will be developed and the game will be officially launched. With the constantly upgrading, a more complexed City Tycoon Games will be created for the best user experience.